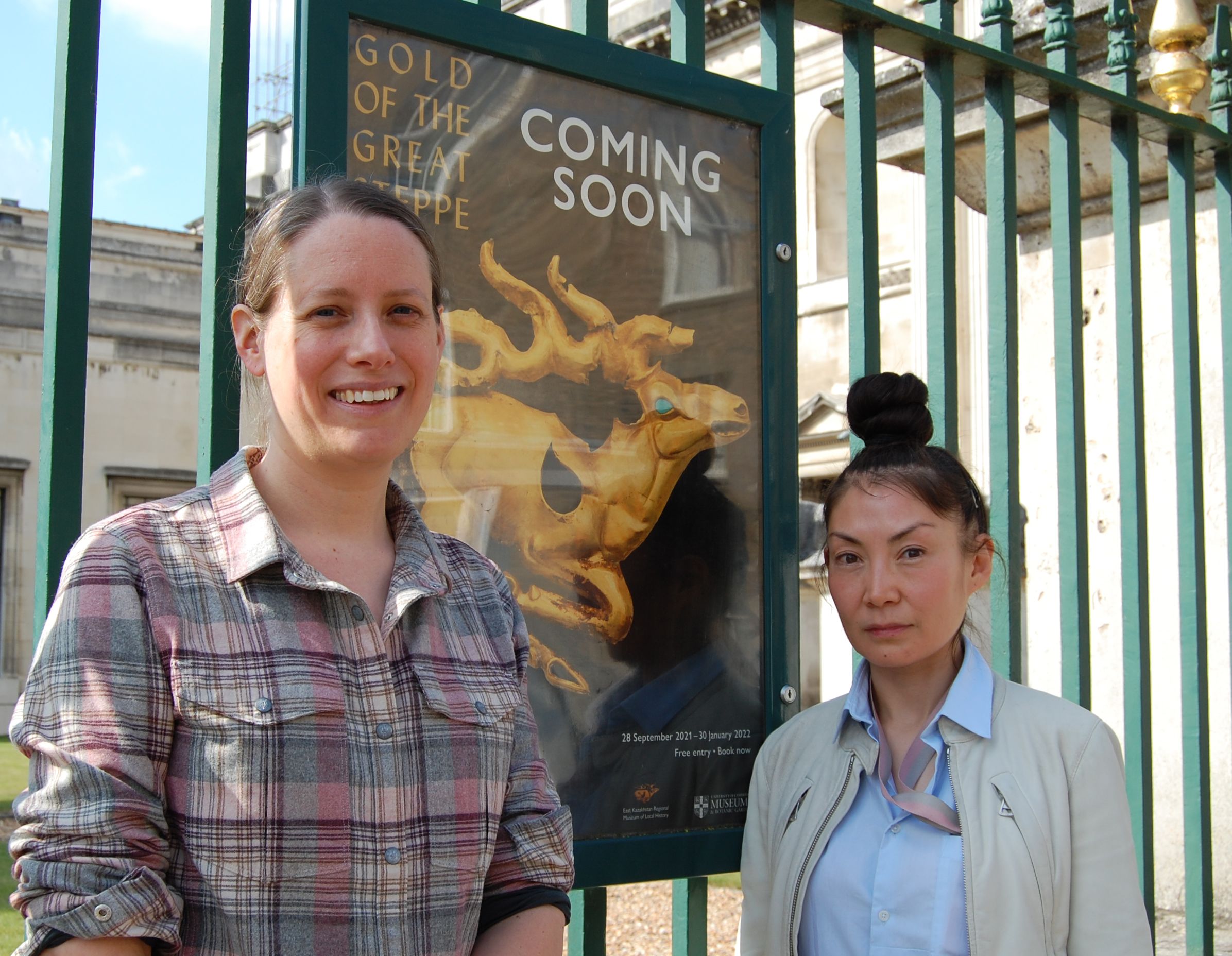 This article is adapted from the article Movers and shakers: How the Saka people of the Great Steppe made history and great art.

‘Gold of the Great Steppe’ at Cambridge’s Fitzwilliam Museum showcases finds from three Saka burial complexes, many for the first time outside Kazakhstan, including one excavated as recently as 2020.

The exhibit at the Fitzwilliam Museum, called “Gold of the Great Steppe,” includes three Saka burial sites from three different burial complexes, including one recently dug up in 2020.

The Scythians were portrayed as conquered captives and slaves by the Persians, who hired them as mercenaries, and they were described as nomadic barbarians by the Greeks. Genghis Khan, Peter the Great, and the Soviet Union followed tribes from every direction into their territory. With each change of regime, their graves were pillaged.

The Great Steppe of Eurasia is one of the most remarkable crossroads in the world. It is a vast natural corridor of grassland in Asia, extending from China to eastern Europe, and it has been used by nomads for millennia. During the Iron Age it was traversed by the Scythians, nomadic steppe people whose civilization held from around 900 to 200 B.C., and spread throughout a territory that included the southern Caucasus, central Asia, eastern Europe, northern Mongolia and Kazakhstan.

Five years ago, Kazakhstan launched an astonishingly successful archaeological research programme which led to the excavation of dozens of Saka-Scythian burial mounds and settlements recently discovered in East Kazakhstan.

In 2018, archaeologists discovered a spectacular gold treasure trove within Kurgan 4, a burial mound among hundreds of others in the Eleky Sazy valley of the Altai Mountains. There are many thousands of kurgan across the whole Steppe, but many have been robbed.The finding of gold objects in this tomb, and others like it, helped the researchers learn that these nomadic people’s economic and political might was greater than previously thought. They were both merchants and high-net-worth individuals with the resources to trade over vast areas.

Before carefully covering the wood coffins with a mound of rammed earth and turf, the Saka erected stone chambers around them. Some mounds reached 10 meters in height. Looters typically came in via a tunnel that had been dug to enter the burial chamber.

Because of this enormous area, the Saka-Scythians were a key conduit for trade between China and the Mediterranean world. The nature of their territory made it difficult for any central authority to control trade, leading them to form strategic alliances with neighbours in order to exploit this economic advantage. The modern Kazakh republic has adopted a similar multi-vectored foreign policy over the last thirty years also to an e

The excavators discovered astonishingly well-preserved jewellery, clothing adornments, horse harness ornaments, and other decorative items with the remains of a teenage archer who died when he was no older than 18. The team discovered the heavily pillaged burial site of a 13–14 year-old girl close by, most likely his sister.

Despite the epidemic, the collaboration has had a lot of good fortune. The gift of more time, as well as the hiring of a University researcher and not one but two Iron Age Kazakhstan experts sponsored by an AHRC grant to acquire cutting-edge scientific equipment, have all fallen perfectly into place.

In 2020, Saltanat Amir, a new PhD student from Kazakhstan who had just started at the Cambridge Archaeology Department, joined Roberts there. Amir is researching Scythian-Saka “Animal” bronze, gold, and organic materials dating from 800 BCE through 100 CE and studying it using scientific methods. They’re still pinching themselves a fortnight.

Roberts says: “We flew out to see the new finds just as the pandemic was rolling in. We had a portable x-ray fluorescence (XRF) machine, a microscope, and needed to photograph as much as possible. The Fitzwilliam team had to cut our visit short, and when we landed back at Heathrow I heard Kazakhstan had closed its borders while we were in the air. It was a close call – Indiana Jones under the closing door. It’s a once in a lifetime opportunity to see this material in person, it’s just incredible.”

The teenage archer found in Kurgan 4 is only the second of burial of its kind to be discovered completely intact. The last example was excavated in the late 1960s and this ‘Golden Man’ has become an iconic figure in Kazakh nation building. As the country now marks the 30th anniversary of its independence, these newly-discovered teenagers may become just as symbolically powerful.

Amir says: “During Russian colonisation, Kazakhs were forcibly persuaded that they had no connection with the Saka. But when I see all these things in the exhibition, I immediately understand that this is my culture.

“Some researchers spent years trying to understand that one find was part of a headdress, but I understood that the moment I saw it because it’s in my DNA. We are in the process of finding our national identity. This is not just an exhibition of wonders. This is our story, our history, our ancestors.”

The museum gives visitors a virtual view the archer’s entire burial, except for his human remains, with the gold objects arranged in the same way they were discovered. Some organic materials - including leather and arrows constructed of wood, bronze, and possibly horsehair binding - are on exhibit, since the area’s cycle of extremely hot and cold temperatures

The finds provide a huge amount of information about Saka skills, beliefs and aesthetics. The discovery of around 2000 gold microbeads, each just 1 millimetre in diameter, which were sewn onto the young man’s shoes not only suggest the extraordinary ability of their makers but also the importance of shimmering repetition in Saka display, and the crucial role played by horses in everyday life. Once mounted on a horse, there was no better place for a Saka noble to display their wealth and status than on their elevated feet.

The exhibition challenges the assumption that people who are very mobile are somehow less sophisticated. Roberts says: “The Saka had a deep connection with nature, but that relationship was highly ordered and that’s encapsulated in the art. These people were masters of this landscape.

“They built settlements, grew crops and raised animals but they were largely nomadic because that’s the most sophisticated way to use the steppe, to negotiate its extremes of weather and ecological zones.”